Now, I’ve written before how Airbnb is typically my choice for travel accommodations for its ability to connect you with the host, culture and it’s [usually] cheaper price, but two sort-of-recent experiences have made me more conscious when making lodging decisions.

I will start by stating that I have had wonderful Airbnb experiences across the world, from the house that I stayed at in Cuba, to the huge cabin in Montreal, to apartments in San Francisco, CA and Boston, MA, so these two experiences were outliers, but the extremity has made me cautious.

Both incidents occurred while on my Eurotrip in the Fall of 2017. I and two of my closest friends visited both Barcelona, Spain and Paris, France and opted to stay with Airbnb versus hotels for the reasons listed out above. The first incident, not all terrible, had a rough beginning but the overall stay ended up being very pleasant, while our stay in Paris had me ready to cancel Airbnb all together.

For Barcelona, we stayed in a beautiful, newly renovated apartment in the Garcia neighborhood of the city. Easily accessible to most of the activities we had planned and plenty of food spots, we were more than happy with the location. The Airbnb also was equipped with 4 beds, 1 bathroom, and 3 bedrooms so there was more than enough room for 3 guests. The super-host, Nina, was also very attentive to our questions and needs.

So, where did things go wrong? Nina clearly outlines the check-in/out process on her Airbnb listing, so we were fully aware of the tax imposed on visitors and after our booking was complete, were made aware of the upcharge for late arrivals to be paid in cash and collected by the host. Our flight was scheduled to arrive at 8pm to Barcelona El Prat airport from Denmark but, due to flight delays, we did not arrive until closer to midnight. As I did not have steady service I kept Nina as updated as possible and as soon as we arrived in Barcelona we hightailed it in a cab to get to our Airbnb. Upon arrival, another woman, not Nina, was there to let us into the unit and collect all of the fees that were owed. To our dismay, we were greeted not with “Hola’s” or any other pleasantries but instead with loud and violent “WTF’s”, “Stupid B*tches!” and other loud profanities. The woman was clearly upset with our late arrival and made sure to not only make us aware of this but to try to charge us even more, on top of the new charges Nina instructed us to pay.  After finally giving her the cash and apologizing profusely, she left, but not without a nasty taste lingering in our mouths from the awkward encounter. I almost did not want to include this story as those 20 minutes did not outweigh the overall experience, but it was a learning lesson.

Now, for the good…well the bad…well the not so pleasant stuff…

In Paris, France we opted for a contemporary condominium located in the 19th Arr of Paris, easily accessible to the main French tourist attractions, the metro and restaurants/cafes.  The apartment boasted with completely renovated amenities, two bedrooms and enough space for anywhere from 2-5 guests, all for $95 USD a night. We messaged the host, with a few questions, and after response, booked instantly. After booking, the host sent us a note stating that we would get further instructions closer to our stay. We booked a little over a month in advance of our trip.

As France was the last leg of our trip, we first visited Denmark and Spain where we had spotty service whenever we could connect to Wifi. Before departing from the US, I sent a note to the host asking for all of the check-in instructions, including the actual address (Note: Airbnb does provide the actual address of booking until your stay is confirmed) and was met with a response of “soon.” We did not actually receive the check-in instructions until we were leaving Spain, heading to France, and once the instructions arrived, did not have access to wifi. I did, however, receive the address prior to this. Once outside of the condo we realized we never received an apartment number, just a street address. We also just had a note to retrieve the key from the apartment window, which we did not know at the moment. After 60 minutes of searching for the key and testing the key in just about every unit in the entire building, a neighbor walked by and was able to lead us to the right door. Once inside, there was a binder with all of the check-in instructions and the information to connect to wi-fi. We connected to wi-fi and explained to the host our incredibly difficult time of trying to locate and enter his apartment, as, without any cell service, we weren’t able to download whatever message he had sent just a few hours prior to our arrival.

With no hard feelings, we decided to re-confirm our check-out time and our request to check-out late or leave our luggage as we had a late departing flight, to which the host re-agreed to. After settling in we realized there was no toilet paper in the apartment or other paper products, and that the toilet was actually leaking. We sent another note to the host but did not receive any response, so we bought our own toilet paper at a local grocery store and put towels on the floor to soak up the water. Our time in Paris was pleasant, visiting the Louvre, climbing the top of the Eiffel tower and, eating our weight in croissants and escargot. But the ending, the ending took a sour turn. We tried to communicate with the host throughout our stay, via the Airbnb app, WhatsApp and even email and did not get any response in return, wondering what was expected of the check-out process as we were leaving late, as agreed upon. So, on our last day, went about our day, took in more of the city, ate more food and as we were headed back to the condo to grab our belongings and head to the airport for our return journey to the US, we were met with the sounds of drills, a missing door and, a Parisian cop yelling at us in French.

Our Airbnb host had called the cops on us, exclaiming we were staying illegally and had taken his key hostage. With no fluency in French, I used google translate and the help of my friend who speaks some French, to explain the situation to the cops, the building manager and now the neighbors, to avoid the situation escalating and potential jail time. After sharing the countless messages sent to the host, including the confirmation of our late check-out and us taking the key and, the lack of responses, the police allowed us to grab our suitcases and leave. I then contacted Airbnb to inform them of the situation to which they responded the host had an entirely different iteration of the events and had contacted them first. I was facing a $500 USD fee for the door and key replacement fees, but after again sharing the correspondences,  Airbnb let the charges ago. This did not stop the host from sending threatening and harassing messages via WhatsApp and Email. I blocked him and moved on.

After these experiences, I now take the following precautions before confirming a reservation, if not just opting completely for a hotel instead.

After these incidents, I have used Airbnb twice with zero issues and will continue to where it makes sense as well as continuing to encourage others to take advantage of their services, I will just take the above precautions to hopefully avoid any other crazy experiences.

Have you ever had a crazy Airbnb stay? How did you handle it?

Plan your next adventure with my all new e-guide. The Ditch The Travel Agent Starter Kit. 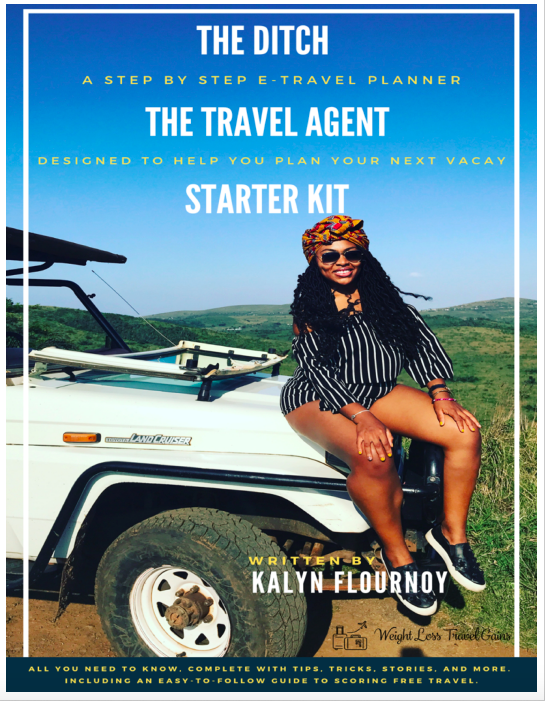